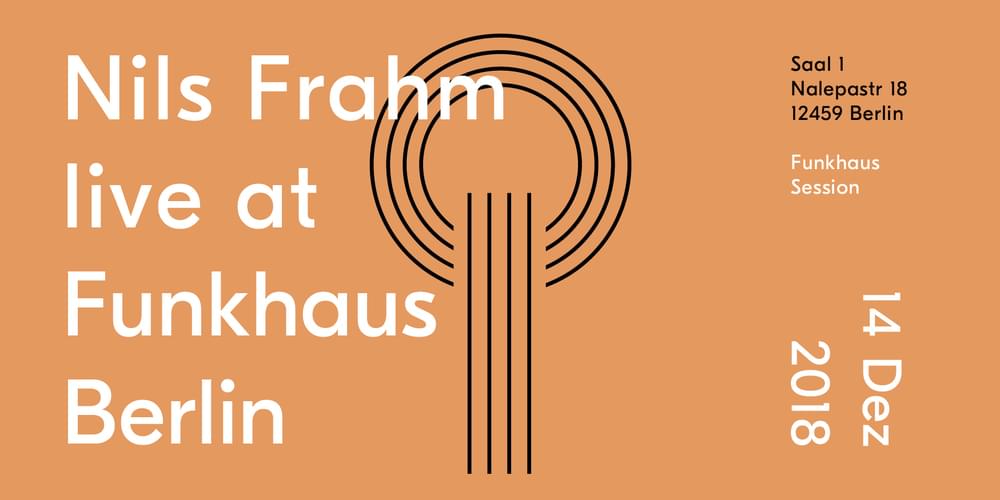 Details
Friday 14.12.18
Entrance: 18:30 Uhr, Start: 20:30 Uhr
Saal 1 | Funkhaus Berlin, Nalepastrasse 18 , 12459 Berlin
This event is operated cashless: Connect your bank account or credit card to use your ticket as mean of payment at the venue. Click here for more info

Nils Frahm had an early introduction to music, learning the piano throughout his childhood. It was through this that Nils began to immerse himself in the styles of classical pianists from previous generations as well as the music of contemporary composers, before forging his own musical path through composition.

Today Nils Frahm continues to work as an accomplished composer, producer and celebrated performer from his Berlin-based studio at the renowned Funkhaus. His unconventional approach to an age-old instrument, played contemplatively and intimately, and on a mesmerising scale through his vast stage shows, has won him many fans around the world. Nils has gained global notoriety for his highly developed sense of control and restraint in his work, as well as a breath-taking level of emotion and personality.

This will be his third return to the legendary Saal 1.